You know those days – the ones when you’ve set aside a stretch of time to write, but the words won’t come. You type The, then press the delete button and start riffling through your cupboard for a biscuit to dunk in your tea. The muse isn’t striking and no amount of Googling your own name or scrolling through Twitter is going to urge it in your direction.

Sweep away the crumbs from your keyboard and stop listening to that deranged voice inside your head saying I JUST CAN’T DO THIS ANYMORE!!!! because here’s how to reboot your creative streak.

Everything’s a bit rubbish to start with isn’t it? It’s the editing that polishes it up and turns it into a thing of beauty. Even if you’ve spent three hours on something that reads like a legal contract, hunker down because magic could be about to fly your way. Take it from Maya Angelou. ‘What I try to do is write. I may write for two weeks “the cat sat on the mat, that is that, not a rat.” And it might be just the most boring and awful stuff. But I try. When I’m writing, I write. And then it’s as if the muse is convinced that I’m serious and says, “Okay. Okay. I’ll come.”’

Okay, so it’s awful, but chill, no one apart from you is ever going to see this first attempt. ‘All writing problems are psychological problems,’ says novelist Erica Jong. ‘Blocks usually stem from the fear of being judged. If you imagine the world listening, you’ll never write a line.’ So write your first draft as if no one will ever see it.

3 Start in the Middle

Don’t fret over an opening paragraph, start in the middle instead. Write any scene or moment that comes to you. Keep doing that and the beginning and end will arrive. The same goes with plans. Start typing down ideas and plot lines will start sewing together on that previously-blank page.

So the bright, white Word document looks deadlier than a black hole? So get your old notebook out, or even better, a new one. ‘Writing on a computer can be terribly distracting,’ says Zadie Smith. ‘So sometimes I like to use a pencil and paper to jot down ideas.’

Nope, it’s still not happening for you. So step away from the screen. ‘Take a walk, take a bath, go to sleep, make a pie, draw, listen to ­music, meditate, exercise,’ says Hilary Mantel. ‘Whatever you do, don’t just stick there scowling at the problem. But don’t make telephone calls or go to a party; if you do, other people’s words will pour in where your lost words should be. Open a gap for them, create a space. Be patient.’ Go refresh that cold cup of tea and dunk another biscuit.

6 Be Inspired by Photographs

Take a look at Pinterest and Unsplash for beautiful imagery that might just spark off an idea. Try creating a mood board for your story or novel on Pinterest. Then write a small descriptive piece about one of the photographs as a way into your story.

7 Go on a Journey

That’s what travel writer and novelist Paul Theroux did when he ran out of ideas for novels. ‘I recommend to people, if you’re out of ideas, go away. Go somewhere. Go look for a story.’ Walk, get on a train, go for a bike ride.

8 Get some Cafe Culture

Get away from your desk, and take up residence in your local cafe. Novelist Elizabeth Day loves going to cafes to write fiction. ‘I find it really helpful to be surrounded by the buzz of other people,’ she told Mslexia.

If you’re trudge to the high street hasn’t inspired you, switch on the television and watch something factual. Even if you don’t find a subject you want to write about, you might spot something in the margins of that programme – a person, a feeling, something unexplored.

10 Work on an Ideas File

Read news and features. If a story resonates with you, rip it out and push it into an ideas file. Note down interesting situations or conversations and pop them in there too. Then whenever you’re floundering, you’ll have ideas on tap.

So you want to write about a Chilean fire brigade, but can’t think of where to go with it. Get reading and searching for a second idea and combine the two. That’s what writer Tania Hershman does. ‘What I actively do now is collide two ideas together, very often a scientific one with something else I have been thinking about, and see what results,’ she says.

‘I have been known to read two things at the same time—say, a New Scientist article and an article on something entirely different in another magazine—just to mess with my head and produce something new. Messing with my own head is an intrinsic part of my process!’

12 Read an Excerpt from your Favourite Book

Open a beloved book on a random page and read. Read the opening chapters of a handful of other books too. I keep seven favourite books beside my computer, so I can dip in when I’m stuck.

For inspiration, Evie Wyld reads up on something that interests her like ghosts. ‘I love real life ghost stories,’ she told Mslexia. ‘I suppose I am trying to understand something primal, what makes us afraid, fall in love, unkind; what makes us human.’

A history of someone’s incredible life? Let it absorb you. Sadly, there’s been all too many of those this year. 2016 has not been kind…..

(But not your own name. OBVI) If you have a vague idea turn it into an informed one by reading as much as you can about the subject. Immerse yourself in it then give writing another go.

Read the rest of this article on eBay. 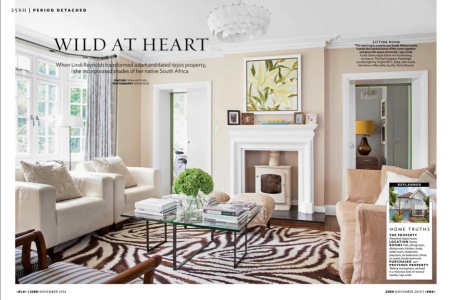 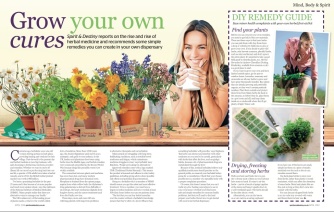 My little old book is almost ready to be frisbeed out into the world of literary agents again.

So when you’re submitting, what sort of mental attitude should you have?

I’m writing a feature on the forthcoming Rio Olympics at the moment, and researching past and possible medallists. I could take the Usain Bolt stance. I’m going to win, no doubt. Or I could be more of an Adam Peaty. ‘It’s not yours until it’s physically around your neck.’ (Hmm, that probably works better with medals than books, although……..)

Away from the sporting arena, I could go Victor Meldrew. Yesterday, a photographer pal of mine told me: ‘This may sound a bit negative, but I think you should expect the worst.’

(Note to reader – he hasn’t read the book). ‘Erm, I just mean you should think negatively and then you won’t expect anything.’

Maybe I should adopt this approach.

But just now an email popped into my inbox.

‘I’ve finished reading your book and I have to say it’s looking absolutely brilliant.’ That’s my editor, Sara Sarre.

So, I’m about to walk up to the starting blocks yet again. Prayer position, and breathe….. and back to that feature…..