The reading room at Bristol Central Library was packed with people when acclaimed short story writer Tania Hershman announced the winner of this year’s Bristol Prize.

Writer Stefanie Seddon stepped out from the audience to take her £1,000 prize, her face pale with shock. The moment she took the mic and started reading her story Kākahu, it was clear what a talent she is. I was among the runners-up in the front row who got to hear just a few paragraphs of Stefanie’s story, including the killer first line: ‘There are lots of ways to remember that day; the day I became a bird’. I’d say everyone in the room will read her story to the end though. I have and, oh, it’s a gem.

Afterwards photographs were taken, much wine was drunk and lots of people stood around talking.

Nobody was quite sure – apart from competition organiser Joe Melia that is – which 20 faces had their work in the anthology, so partygoers scattergunned congratulations. ‘Oh, no, not me, I’m not in the anthology,’ was said more than once.

According to one of the early readers, there were a lot of stories about birds in her pile this year. And there must have been a lot of piles since more than 2,000 people entered.

The room was furnished with some of those people. I recognised several from the supportive network of writers on Twitter.

We laughed, we enthused about writing, we even signed a few books. But when the room started to thin out, and the wine bottles had been drunk dry, it was time to say my goodbyes. I felt a bit sad because I’m pretty sure I won’t enter next year. After three shortlistings, it seems the right place to stop. For now at least. I’d like to focus on trying to write my next novel.

Since 2014, the Bristol Prize has been beside me through the ups and downs of this business called writing. The business where sometimes you think you can’t do it anymore, the business which is populated by more nos than yeses. But hold out for those yeses, please do.

I was signed by former Bristol Prize judge, literary agent Rowan Lawton in June this year, so I’m really pleased I persevered with my writing. And my Bristol Prize shortlistings encouraged me to do just that.

Getting into the Bristol Prize long and shortlist isn’t easy. You need a strong dose of luck to match your good writing. But at just £8 an entry, it’s definitely worth a punt, don’t you think?

Get hold of this year’s  anthology to see what makes a winning story, and pens at the ready, entries for 2017 open later this month. #KeepWriting 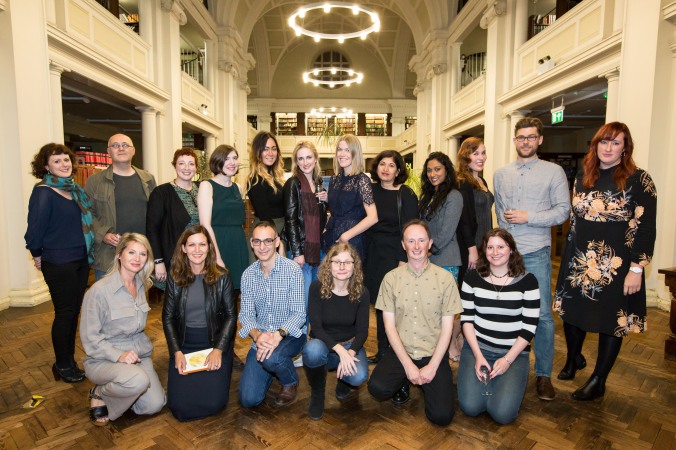