I’m the author of two books published by Hodder & Stoughton – The Swap, and The Maid’s Room which has been published internationally as well as being translated into five languages.

I started writing fiction in 2011, but writing has been part of my life for years, first as a journalist on newspapers and a news agency, then as a features editor on women’s magazines. Before all that, I read English Literature at the University of Sussex.

Journalism fed my urge to write, but whenever I went on holiday, out the notebook came and I’d start planning a novel – a different one every time. I ended up crumpling all of these ideas into the bin.

It was only when I moved to Singapore where I noticed the challenges facing domestic helpers there that I started to write a novel. This time I didn’t give up. The result was The Maid’s Room.

The Swap is about two women who undergo IVF only to discover three years later that their embryos were inadvertently mixed up and they have each given birth to the wrong child. One of the women wants to swap the children back, the other doesn’t.

At the moment, I am working on my third book. I am also an editor for the Blue Pencil Agency, as well as being a reader and editor for a number of leading literary agents.

I’m a cheerleader for struggling writers too. I had stacks of rejections before my wonderful agent Rowan Lawton took me on. So if you’ve just received yet another rejection from a literary agent, hopefully you’ll find lots here to inspire you and help you carry on writing. If you would like to work with me, click onto Editing Service on the menu above to find out more details. 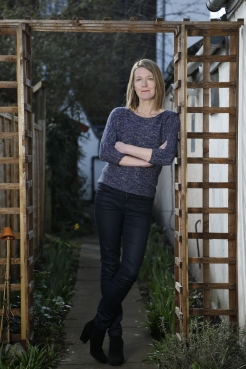